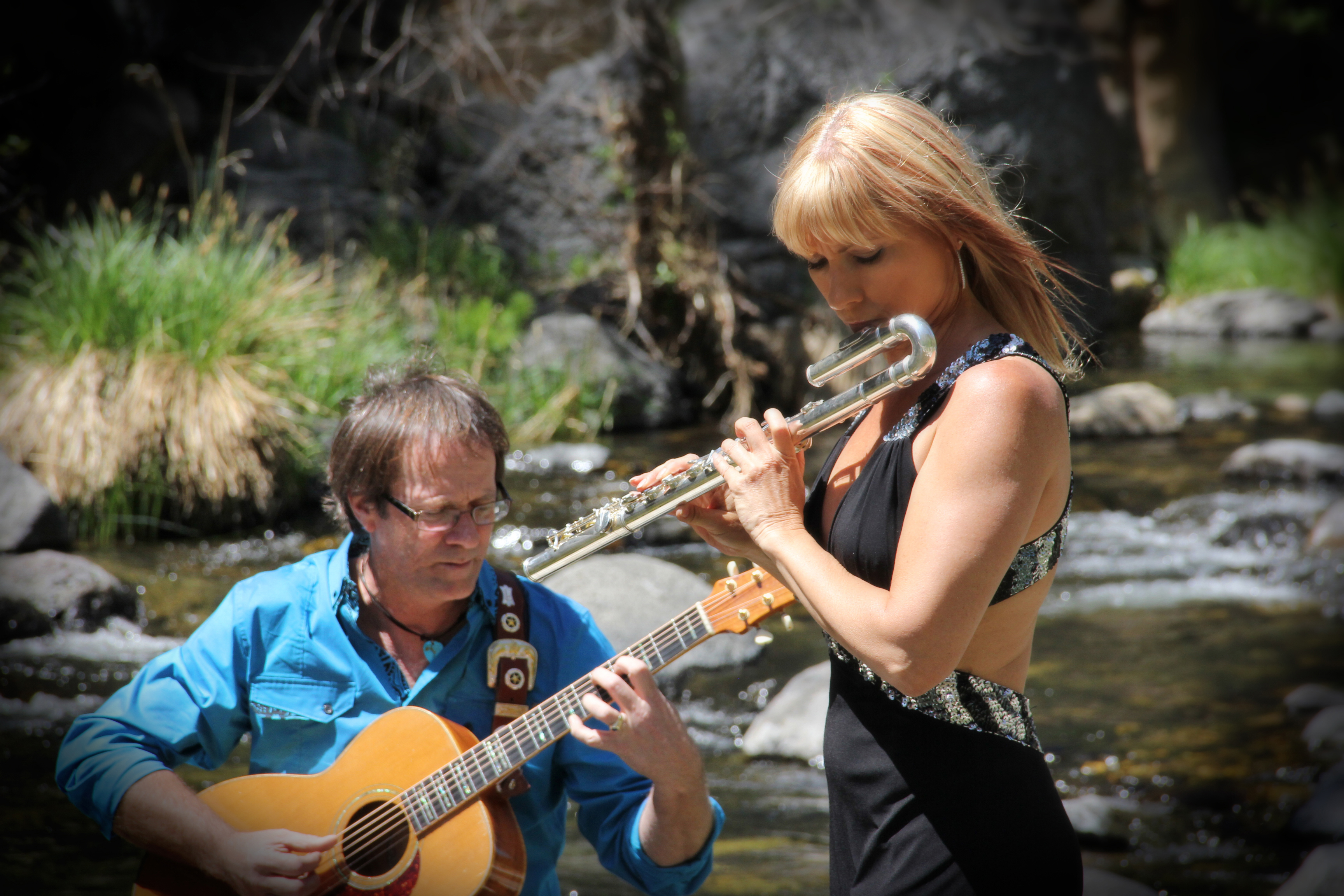 Phoenix-based flutist Sherry Finzer and Chino Valley guitarist Darin Mahoney, aka the Finzer
Mahoney Duo, have received many accolades and awards for their music. Their first recording,
Transformation, received Album of the Year from One World Music in the UK. Their second,
Trialogue, with 7-time GRAMMY Nominee Will Clipman, won Best Acoustic Album from Zone
Music Reporter, the Top 100 chart for New Age, Ambient, and World music.

Sherry and Darin first met at a fundraising concert in Greer, Arizona, when both were playing
with different acts for a benefit for the Wallow Fire Relief fund. After meeting and hearing each
other play, they recorded a few songs in the studio, and then decided to record a full-length
album together in 2013. The album, Transformation, which was created with the intent of helping
others heal through their music. Darin, a stage 4 cancer survivor uses several guitars, including
his breathtaking handmade Koa Wood and Cedar Guitar, and combines his blend of country
and bluegrass with Sherry’s ever-growing collection of low flutes, including the concert C, alto,
bass and contrabass flutes, along with her classical and world background, to create a deeply
haunting, beautifully enchanting, and uniquely memorable sound.

The duo has toured together throughout the southwest and has performed at various venues
throughout Arizona, including the Musical Instrument Museum, Desert Botanical Gardens,
Green Valley Performing Arts Center, The Listening Room, Tlaquepaque in Sedona, and more.
They often play at Veterans Hospitals, Hospice and Cancer Treatment Centers. Their music can
be heard on the C.A.R.E. Channel in hundreds of hospitals around the world, the Sirius XM Spa
Channel, Stingray, Music Choice Soundscapes, US and International Airlines, and hundreds of
radio stations around the globe.

Kingman Center for the Arts is excited to host these talented musicians.